It is with great sadness that I inform you that Don Sinclair passed away on 19th January, 2020.  He died peacefully at the BUPA Templestowe Aged Care Home, aged 86 years.

Don had been deeply involved with Ryder-Cheshire since 1962 when he joined the Victorian Foundation and became the Treasurer, a role he retained for more than 50 years.  He joined the Ryder-Cheshire Victorian Homes Foundation in 1982 and was President from 1991 until ill health forced his retirement four years ago.  He was the National President of Ryder-Cheshire Australia from 2002 until 2010.  In all these important roles, Don showed great leadership and achieved exceptional results.  There is no one who has served Ryder-Cheshire in Australia with such distinction.

On Australia Day 2009 he was recognised with a Medal of the Order of Australia for his contributions through the Ryder-Cheshire Foundation, a not-for-profit organisation dedicated to the relief of suffering among people who are sick, disabled or destitute, funding homes in India, East Timor and Mount Gambier.  At the time he said “I feel very honoured to receive it and I didn’t expect it, but I think the award is more a reflection on the volunteers who are keeping Ryder-Cheshire on the road.  I just happen to be President”.

Ryder-Cheshire was founded in 1958 and Don joined just four later when he was only 28 years old.  “It was founded by the late Group Captain Lord Cheshire, who was a most highly decorated serviceman in the second World War,” Dr Sinclair said. “And after the war he devoted the rest of his life to looking after people who were incurably sick or were mentally or physically disabled.  I was fortunate enough to meet him and I was just very happy to take on the role as treasurer.”  Don was always very proud of what the foundation has achieved.

Don was also passionate educator.  His education career began when was posted to the ‘new’ Macleod High School in 1956.  He has written numerous textbooks in geography and commerce and developed a science education program for 32 universities around Australia.  He had also been “on loan” to the police department for four years in correctional services, training recruits and working with prisoners, including inmates at Pentridge Prison.

A true gentleman.  Don is now at peace with his beloved Dawn who passed away in October. 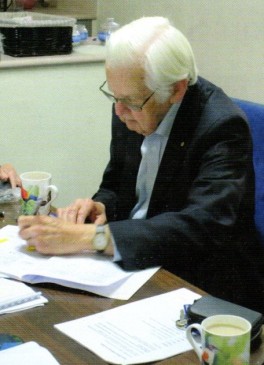 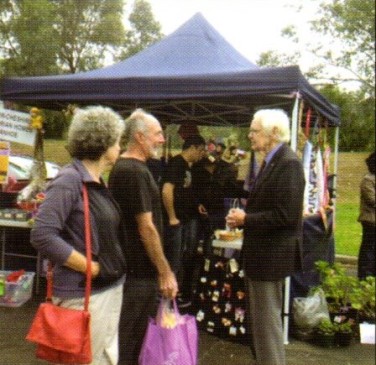 The Ivanhoe Homes is run by the Ryder-Cheshire Victorian Homes Foundation Inc.

It is an independent, not-for-profit organisation registered with the Australian Charities and Not-For-Profits Commission.

“THE RELIEF OF SUFFERING”